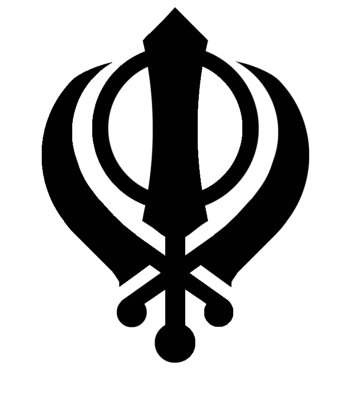 The Sikh religion is a 500-plus year old tradition founded in the Punjab region of Northern India that focuses on devotion to God and service to humanity. The name comes from the word "sikkha" which means "disciple" and also "to learn" in the Punjabi language.

Sikhism came into existence within both a Hindu and an Islamic context; therefore, it contains elements of both these traditions within it. The founder of this religion - Nanak (1469-1539) - took these elements and synthesized them into a distinctly original new tradition. Like Islam, it is staunchly monotheistic and iconoclastic (not favoring images of God). Like Hinduism, especially the form that focuses on devotion to God and service, it makes personal devotion, purity of heart and service to others central to the religious life.


It was led in its first 200 years by a succession of ten gurus, beginning with the founder, Guru Nanak. The tenth guru - Gobind Singh - altered the organizational structure of the religion away from being led by a single individual and, instead, being guided by a text. The Adi Granth - also known as the Guru Granth Sahib - is the sacred and guiding text.

Today, there are approximately 22 millions Sikhs in the world. Most of them (85%) life in the Punjab region of India. Other areas with major concentrations include Malaysia, Singapore, England, Canada and the United States.