The Basics of Hinduism 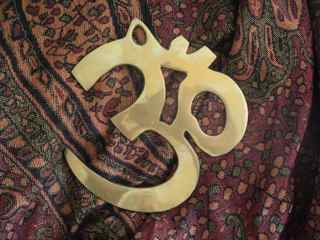 Hinduism is the major religion of India, and the vast majority of India's population today is Hindu; however, Hinduism has spread all over the world and is truly a "world" religion. Almost one billion people (approx. 900 million) practice Hinduism today.

Hinduism is arguably the world's oldest organized religion. By that, I mean that it has existed for 4000 years or so with some basic institutional traits, like priests, formalized rituals, consistent stories/myths, etc. Because Hinduism is so old, it is very diverse.

What's the connection between "old" and "diverse?"

Hinduism has evolved and adapted into many different forms over the centuries, in order to speak to human needs and to remain meaningful to people's lives. All of the large world religions have changed over time - they MUST change and adapt, as people change - in order to stay relevant. Old forms of spirituality within a religion pass away - although usually not completely - and new forms come into their place.

Therefore, when looking at the history of Hinduism, we see lots of different forms, ideas, practices, etc. that may seem contradictory to each other, but all of which form part of a large, complex tapestry of Hindu belief and practice.

Given this complexity, it is sometimes hard to describe Hinduism in simple-to-understand ways. Here, I offer a description that has been really helpful to my students over the years, and it revolves around three of the major sacred texts of Hinduism:

- the Bhagavad Gita (part of the larger Mahabharata)

These texts come into existence at very different times in Hindu history and a certain form or mode of Hindu spirituality developed around each one. All three of these modes of being Hindu exist today in some form - yet, they are distinct from each other.

Click here to learn about these three modes of Hinduism.

If you read nothing else on this site about Hinduism, learning these three modes of Hinduism will help you get "the big picture" in an easy-to-understand way.

Even though there are different forms and schools of thought within Hinduism, a few core ideas hold true across the religion as a whole. These include:

Click each of these for an explanation of how they fit into the larger picture of Hinduism.