The Basics of Confucianism 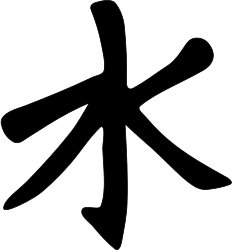 Confucianism is one of the two most important and indigenous philosophies from China - the other one being Taoism. It developed nearly 2500 years ago as a social and political philosophy with religious overtones, and came to influence Chinese life and practice arguably more than any other body of thought. Even in the 20th century, the efforts of Chairman Mao were insufficient to undermine its influence on everyday Chinese life.


Chinese religious philosophy as a whole has 4 main influences:

The first three are indigenous to China, whereas Buddhism comes to China from India, but mingles with the other three. All four strands are blended in Chinese religious/philosophical thought and practice.

Confucianism is named after its founder, who lived in the 6th century BCE. The central ideas he articulated, which were developed by later thinkers, enjoyed imperial patronage during the Han Dynasty (from approximately 200 BCE - 220CE) during which the worldview flourished. Later, Taoism and Buddhism achieved prominence for several centuries until a renewed "neo-Confucianism" resurged in the 10th century CE after the fall of the Tang Dynasty. The newer form of the philosophy internalized some of the critiques and ideas of both Taoism and Buddhism.

Certain fundamental concepts in Chinese religion are shared by both Confucianism and Taoism. These include:


- the polarity of Yin and Yang


- the quest for harmony


The two religions differ, however, in how they approach each of these concepts in terms of living them out in communal or individual life. In their differences, these two religions form a sort of "yin and yang" of Chinese religion.

Click the links below to learn more about the basic ideas, texts and central figures in Confucianism.

Who is Confucius?
The Tao, or the Way
Yin and Yang
Jen & Li - Confucian Virtues
Xiao, or Filial Piety
I Ching & The Analects
Who is Mencius?