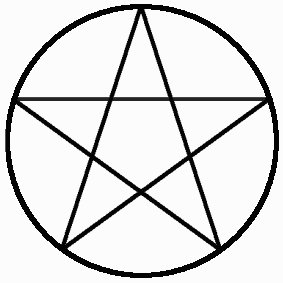 Wiccan religion is a growing spiritual tradition in North America and Europe, especially among young adults and teens.

The term "wicca" is a bit obscure in its origins, but most scholars will identify it as an Old English term that refers to a "wizard" or "soothsayer" or "sorcerer" or "magician." Other possible derivations are from "wic" meaning "to bend" or "wit" meaning "wisdom."


Adherents of Wiccan religion often use various terms to define themselves and their beliefs. These include:

neopaganism- this includes all faith groups based on attempted reconstructions of ancient or extinct religions, such as the Greek, Roman, Egyptian, Sumerian and others.

paganism - has both positive and negative meanings. This term is negative in the sense that it is used to mean "anti-Christian" and some will claim it simply to spite Christianity (especially for persecuting witches in past centuries). For others, the term has a positive meaning similar to or synonymous with neopaganism.

witchcraft or craft - generally refers to the practical arts of casting spells, herbalism, performing magic ceremonies, and the like. This may or may not be located inside any specific or organized religious association or worldview (such as Wicca).


Many who practice Wiccan religion will identify themselves as witches and say that they practice witchcraft; however, Wicca and witchcraft are not synonymous. Wicca is a distinct worldview with an identifiable set of beliefs, ritual systems, and an organizational structure, albeit a loose one. Inside this worldview and system, certain forms of witchcraft may be practiced.

Reliable numbers of Wiccan adherents are difficult to obtain for a variety of reasons, including the diversity of terms people within this religion use to refer to themselves and their beliefs. Moreover, many Wiccans practice as solitaries, not in identifiable (and thus measurable) groups or "covens." Most data sets indicate about 800,000 adherents in the United States and up to 2 million worldwide. But, again, these are "soft" numbers.

Numbers were especially hard to get in the 1980's and 1990's because of various persecutions of Wiccans connected to the Satanic ritual abuse hysteria created in the popular culture of that period. A popular misconception of Wiccan religion is that it involves the worship of Satan. This is patently false. Nevertheless, when stories spread on national television and radio about the ritual satanic abuse of children, Wiccan religion was blamed for it. Nearly all these recountings were subsequently debunked, but they were taken seriously at the time and resulted in persecution for some Wiccans who dared to identify themselves. In some cases, Wiccans had their children taken from them, lost their jobs, and  were even attacked.

Much of that hysteria died down and in recent decades Wiccans in both North America and Europe have seen tenuous, but growing tolerance toward them and their beliefs. Wiccans have won a handful of key court decisions that uphold their religious freedom, and have won the right to have their symbols represented on tombstones for military personnel.