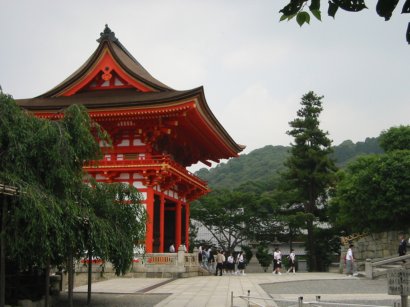 Shinto shrines are the "place of the kami" and are the most sacred spaces in Japan. There are over 100,000 of them throughout Japan. The most prominent of the Japanese shrines are also some of the most visited tourist sites in Japan.

In general, Shinto shrines are sacred areas on which buildings are erected to revere the kami of that area. Sometimes they are placed on sites chosen by the kami themselves (determined by Shinto priests via rituals) or on sites that emanate a clear sense of the sacred. Other times they are located in places associated with the deceased ancestors, emperors or other auspicious individuals who are revered as kami.

There are generally a few types of shrines in Japan:

- national - these include the 1300-year-old Grand Ise Shrine which honors Amaterasu, the goddess (or kami) associated with the sun and with the land of Japan; the Meiji Shrine which is part of a large park complex in Tokyo that venerates the 19th century Emperor Meiji who lead Japan into the modern period; the Yasakuni Shrine in Tokyo which venerates the war dead from World War II; and several others.

- isolated - usually constructed very simply, designed to revere the kami whose essence is seen in whatever is distinct about that specific place - i.e. a mountain, rock formation, river, waterfall, etc. 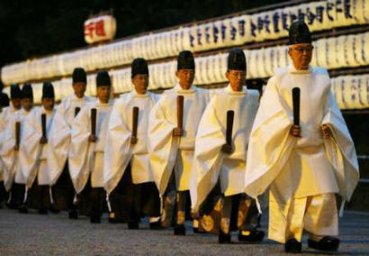 Most of them, especially the big ones, include a mikoshi or "portable shrine" that can be carried throughout the streets or town in a procession for a public celebration, festival or event.