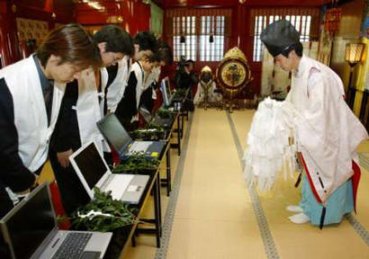 Shinto rituals are a central component of most of the national festivals in Japan, as well as of the more specialized events at particular shrines and other sacred sites. Most often they are performed by male priests who are assisted by a female shrine functionary called a miko, who often is a shaman.

The most common type of ritual involves purification - symbolically purifying oneself or an object before interacting with the kami (Shinto gods). Purification is done with water (rinsing, washing, bathing) or with the priest's wand. Other common rituals include the formal reading of prayers from ancient collections, and making food and drink offerings to the kami (which is later shared in a communal meal). Again, these are done by priests. 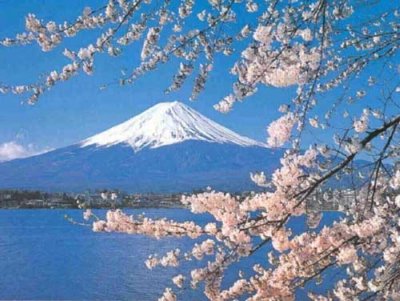 Shinto rituals are usually just one part of a type of large public festival called a matsuri, which is the main kind of celebration in Shinto. Hundreds and thousands of them fill the calendar thought the year. They are community-oriented festival which mark all sorts of things: seasons in nature, the New Year, chrysanthemum blooms, cherry blossoms, events from the Shinto mythologies, Japanese history, agricultural traditions and more.

Other Shinto rituals are performed during smaller, more local or even private festivals. These mark stages of life, such as births, rites of passage in the early years of a child's life, marriages, and funerals.

Finally, there are common rituals performed by individuals when they visit shrines - ritual washing, making offerings, clapping hands, and bowing.

Important to remember here is that all these rituals are designed for communication with the gods, or kami. Sometimes that communication is one-way (from the human to the kami) in which people express thanks, make requests and offer praise to the kami. At other times, that communication is two-way (from human to kami and from kami to human) in which people use the priest or miko as a mediator between them and the kami to get answers to important questions or to learn solutions to problems in their lives.

Regardless, these rituals do for the Shinto community what other rituals do for the people of every other religion: provide a means of worshipping and encountering whatever is considered divine or "ultimate" in way that is meaningful and brings order to life in a world that often feels chaotic.