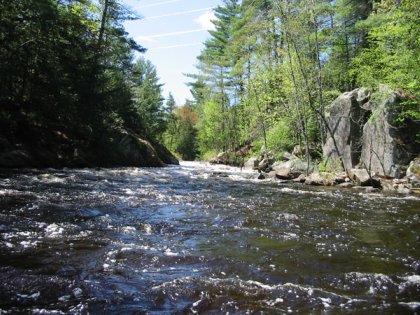 Photo from the River Alliance of Wisconsin

Wu wei and ziran are virtues or character traits that are central in Taoism.

Taoism is typically not a philosophy that has long lists of doctrines and virtues. Lists like this just don't fit with the "go with the flow" tendency of Taoism. If it did have lists of virtues, however, these two would no doubt be at the top of the list.

Wu wei is typically translated to mean "non-action" in English. The wise person or "master" lives according to wu wei, or non-action. This does not mean that s/he never does anything, or that they are completely passive in life.

Quite the contrary, what this means is that the sage or master acts only with purely natural actions, or actions aligned with the Tao. Such actions contain no willfulness, no overtly controlling or micromanaging tendencies, no willful strategizing or trying to force things to go a certain way. Instead, those exhibiting wu wei simply go with the flow of things.

Two stories or parables from the tradition help explain the concept of wu wei.

The first story tells of a butcher who served a village as their meat carver for many years. He never sharpened his knife or had to change the blade after all those years and after having carved many large animals as meat for people to eat. Someone came to him and asked him where he obtained this "magical" knife that never needed sharpening or to have the blade changed. The butcher denied that the knife was magical at all. Instead, he said that it had to do with his method. Before he ever kills the animal, he observes it as it walks and he meditates on the way the muscles and tendons move under its skin. When he is ready, he slaughters the animal and begins to carve it into meat. As he carves, he places the edge of his knife into the natural crevices and breaks between the bones, joints and tendons. He carves the carcass into various sections of meat by separating it according to these natural breaks and crevices within the carcass itself. His knife blade never meets any resistance and, thus, never needs sharpening or replacing. He, as the butcher, doesn't really do anything other than simply observe and follow the natural patterns of the carcass.

The butcher here embodies wu wei or non-action. Instead of imposing his own designs upon the carcass and how the meat should be cut, he carves it according to its own natural designs. He "goes with the flow" of the carcass and, thus, doesn't really do anything, at least not anything controlling or manipulating. He typifies a saying about the Tao from the Tao Te Ching: "the Tao does nothing, yet leaves nothing undone." The butcher here has become one with the Tao.

A second story is really an analogy. Imagine that you and a friend wanted to travel 10 miles down the length of a river. You have two options for navigating the river - the first one is a canoe. So, you and your friend launch the canoe and begin paddling down the river, making sure to stay in the center of the current, to not capsize, and to not get stuck on sandbars. Sometimes you have to paddle hard to stay in the center of the river or to avoid being turned over in the water. At the end of 10 miles, you emerge from the river exhausted and with sore muscles from the paddling, but you successfully made the trip and achieved your goal.

The second option for navigating the river is an innertube. Three innertubes, to be more exact - they are lashed together with cords. One innertube is for you, another for your friend, and the one in the middle is for an ice chest in which you place your favorite drinks. You and your friend sit in the innertubes and begin to float down the river. You don't have a paddle or anything - only the ice chest with cold drinks. Sometimes you float quickly with the river's current, other times, you go slowly. Sometimes you are in the middle of the river, other times you meander along the sides. If you run into something, the current eventually pries you away from it and you continue to float down the river. At the end of 10 miles, you emerge from the river relaxed and calm, having achieved your goal without really doing anything at all.

Which option typifies the Taoist notions of non-action or wu wei? The second one, of course. In the canoe, you and your friend are using your own physical strength to manage the boat, stay in a certain part of the river, and maintain a consistent speed. This takes much energy because you are fighting the river's current most of the time. The innertube method, however, uses the current's strength instead of fighting it. Which is stronger, after all? Your arms or the river? The river, of course - why would we fight it? Instead, go with it and practice wu wei. Go with the flow of the river and achieve the goal without exerting much effort at all.

Those on the innertube embody the Tao and wu wei because they use the natural powers of the river to accomplish their task instead of imposing their own method and design upon the river. This, in turn, means they don't really have to exert any effort - they can simply enjoy the ride. They "do nothing, but leave nothing undone." 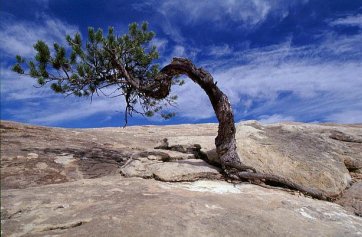 Ziran (tzu-jan) is another major Taoist virtue. It is is naturalness and spontaneity – responding immediately and appropriately to all the changes that occur moment to moment. It involves being uncontrived in one's actions. It also refers to a quality of things, including people, simply being themselves without deception or calculation.

For example, a tree shaped by weather and its own internal properties is natural and beautiful in its own way; one pruned into a swan is not natural and although beautiful perhaps for a time, much effort is required to maintain this "beauty" because the branches and leaves don't naturally grow in the shape of a swan.

For people, living naturally or with ziran is mostly a matter of being completely comfortable and relaxed in your own skin so that you can respond appropriately in any given situation. You are not being "fake" or trying to act in a certain way to fulfill an agenda or strategy - you are simply being yourself, exhibiting your natural personality in ways appropriate to each situation.

Naturalness, in Taoism, is an antidote to Confucianism's extreme emphasis on ritual and etiquette, which teaches contrived ways of being, dressing, living, governing, and more. Confucianism proposes vast rules of ritual and etiquette for every imaginable situation; in it's view, life becomes harmonious when lived according to shared rules and etiquette. Taoism critiques this view strongly, arguing that such contrivances actually distort and twist the self and the world by forcing them to conform to unnatural schemes developed simply for the purposes of manipulation and control.

Better to discern the natural properties of everything, appreciate them and "go with the flow" of them in every situation. The highest and best harmony comes this way, according to Taoism.

Who is Lao tzu?
The Tao Te Ching
Yin and Yang
The Tao, or the Way
Who is Chuang tzu?