Who is Chuang tzu? 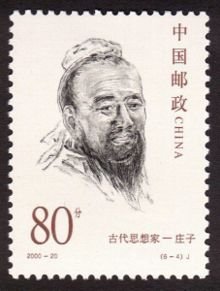 Chuang tzu is an important figure in Taoism who lived in one of China's northern states (south of the Yellow River) in the 4th century. Not much is known about his life, although a fairly strong and consistent portrait of him emerges from the few historical references available.

This distinct personality is seen most clearly in the book he allegedly wrote that goes by his name - The Chuang tzu text. After the Tao Te Ching, it is the most important text in Taoist philosophy. It is much longer than the Tao Te Ching, and is written not in short, poetic form but in longer chapters filled with stories, parables and allegories.

Tradition attributes the text to the man himself. Most scholars of Chinese history agree, however, that while he may have written parts of the text, many other parts of the text derive from other Taoist thinkers and sages who came after him. 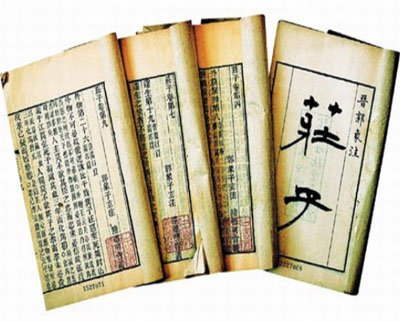 A verbal portrait of the man emerges from the text. He was an unconventional person who gave little thought to social status, reputation or appearances. He was critical of the Confucian approach to life through ritual and etiquette, as well as its constant extolling of the "ancient masters" as ideal role models. He was intelligent, clever and witty sometimes to the point of being cutting. He confronted leading thinkers and practitioners of Chinese philosophy directly, pointing out their errors and blunders, sometimes mockingly - but also with great humor. While revering the "Old Master" Lao tzu and clearly gleaning his own ideas from the Tao Te Ching, he had no interest in human society, governance or politics. Instead, he preferred a life "off the beaten path" of so-called civilization, a more solitary and individual life that resembled an "uncarved block" rather than the stylized life of someone shaped by the controlling influences of social conditioning.

Lao tzu and the Tao Te Ching provide the snapshot of Taoism in an easy-to-digest format. Chuang tzu and the text that bears his name, however, offer a more in-depth journey into the lifestyle and perspective of Taoism as a life philosophy. The man himself - at least what we can glean about him from the book named for him - provides an intriguing, exciting and often entertaining role model for such a lifestyle.

Who is Lao tzu?
The Tao Te Ching
Yin and Yang
Wu Wei and Ziran page
The Tao, or the Way