The History of Wicca 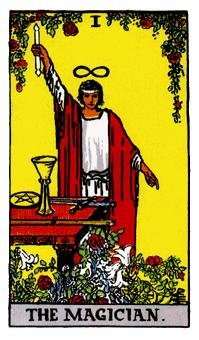 The history of Wicca is somewhat under dispute. It is either one of the oldest or one of the newest religions in the world, depending on how you look at it.

Most scholars view the history of Wicca as being relatively short, or at least contained to the modern period (the last few hundred years or so). Scholars of religion trace Wicca's various contemporary forms back to the late 19th century and even more recently to the 1940's. Most of modern-day Wicca can be traced to handful of main sources. These include:


- Charles Leland (1824-1903) - a prolific author and folklorist who lived in Philadelphia. In 1899 he wrote Aradia: Gospel of the Witches, which dealt with the goddess Diana. He claims to have gotten his information from an Italian sorceress named Maddalena. It is not possible to verify if any of his information is factual.

- Margaret Murray (1863-1963) - wrote books about "the burning time", the time when witches were burned by Catholics and Protestants at various times throughout history. She promoted the idea that these witches were the remnants of an ancient, organized pre-Christian religion in Europe. This claim is widely disputed by anthropologists and other academicians, but nevertheless remains an influential idea in the background for neo-paganism and Wicca today.

- Gerald Gardner (1884-1964) - a British civil servant who joined a coven in 1939, and later wrote about it and it practices. He described the coven's practices as being "Old Religion" and, in his writing, added into it many other rituals, symbols, concepts and elements from freemasonry, various Eastern religions, traditions of magic and other sources to explain or further develop the coven's practices, most of which had been forgotten. He wrote books - Witchcraft Today and The Meaning of Witchcraft - which provide the history of Wicca in Northern Europe.

So, scholars identify these three figures - Leland, Murray and Gardner - as the principal "creators" or "founders" of modern and/or contemporary Wicca. In this sense, Wicca is one of the newest of the world's religious movements.

However, as you already can see, these founders themselves see Wicca as having a very long history that extends many hundreds, even thousands of years prior to the modern period. Specifically, Gardnerian Wicca claims a history that goes back to prehistory and then traces a path through ancient matriarchal societies, and then into ancient Druid, Celtic and other sun or moon based religions. It then went underground in order to survive the Christian persecutions, during which time practitioners lost contact with each other and many of the arts (and their explanations, origins, etc.) were lost. These ideas were revived finally in the U.K. in the modern period by Gardner and a few other priests and priestessses.

Many scholars - and many Wiccans themselves - discount this lengthy history of Wicca and the historical link to ancient religions. The link is sketchy at best, according to anthropological and archaeological evidence. We simply don't know enough about what ancient matriarchal societies (if they indeed existed), Celts or Druids believed in the first places, much less what may or may not survive from them in what is now called Wicca.

So, what is generally agreed upon now is that modern-day Wicca became a mass movement in recent times in England, and now has spread and expanded into the rest of Europe and into North America. In some forms, it refers to gods, goddesses or other spiritual figures from ancient or dead religions, and practices rituals that it attributes to their ancient worship. Other forms of Wicca don't appeal to ancient practices at all, instead focusing on earth-based and relational living oriented around a set of ritual practices largely acknowledged to have been developed in the modern period. Finally, some forms are a creative combination of both of these.