Islam is divided into three main groups: the Sunni, the Shi'ite and the Sufi. Sunni and Shi'ite are the two major divisions. Sunni is the largest group, making up 85% of world Islam whereas Shi'ites make up 15%. 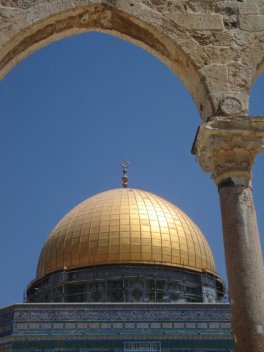 The division between Sunni and Shi'ite comes in the period immediately after Muhammad's death and occurs over the issue of his successor as leader of the community. He did not specify a successor, so the community had to decide this issue among themselves. The groups that came to be called Sunni - which means "people of the community and the tradition" - argued that the leader should be someone respected by the community of Muslims who exemplified the traditions of Muhammad. They chose Abu Bakr who was one of Muhammad's closest associates to be the first of what would become four caliphs to succeed Muhammad. After Abu Bakr came Umar, Uthman and Ali.

The Shi'ites, however, disagreed with this. They argued that only a blood relative of Muhammad's could succeed him; therefore, they chose Ali from among the close associates of the prophet. Ali was a cousin as well as a son-in-law. The term "Shi'ite" comes from the word "shia" which means "party or group", as in "party or group" in support of Ali.

Because of this division, the two groups developed separate understandings of leadership, theology and community from an early period. For example, Sunni Islam has 4 major schools of thought - developed from within the community of scholars - which Shi'ite Islam questions or even rejects outright because of their lack of placement within the blood lineage of the prophet.

Shi'ite Islam is divided within itself. The largest group is called "Twelver" or Jafari Islam because of their belief about the 12 imams in the line of Ali. They follow the traditions from Muhammad and the 12 imams, and they attribute infallibility to these 13 individuals plus Fatima (Muhammad's daughter). They believe that the 12th imam is "hidden" and will be revealed at God's command at or near the end of time. Jafari Islam is the largest Shi'ite school of thought (about 80%) and is dominant in Iran, Iraq, Lebanon, Bahrain and Azerbaijan.

The second largest Shi'ite school is the Ismaili who follow the Twelvers up through the 6th imam, after which a split occurs beginning with the 7th imam; hence, the Ismailis sometimes are called "Seveners." Today, the Ismailis accept Prince Karim Aga Khan IV as the 49th imam as their leader and are known internationally for their humanitarian work in education, development, and cultural preservation. 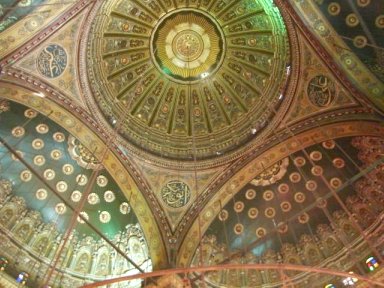 Sunni and Shi'ite traditions and theologies are at time very parallel; however, they differ strongly with each other at other times. Together, they demonstrate the complexity of Islam as a world religion.

A third expression - the Sufi - adds even more nuance to the faith. Click below to learn more about Sufism within Islam.

For a more thorough and detailed account of the history of Islam in a very readable format, I recommend Karen Armstrong's book:
Islam: A Short History (Modern Library Chronicles)