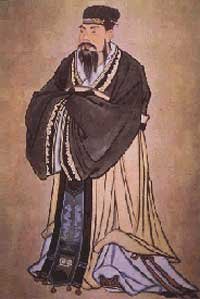 Mencius is one of the most important philosophers of the Confucian school in the immediate centuries after Confucius' death. His interpretation and articulation of Confucian concepts, while initially eclipsed by other views in the school, eventually came to prominence in the period of Neo-Confucianism - nearly 800 years or more after he lived.

He lived from 372-289 BCE. His name is the Latinized form of his given name - Mengzi or Meng-tzu. He is the main contributor to what is called the "idealized" form of Confucianism, which focuses on the inherent goodness of all people, and the necessity of rulers who act with virtue and benevolence toward everyone. He lived during a time of great social and political turmoil in China; thus, the idea of people's intrinsic goodness and the need for benevolent rulers seemed impractical and idealistic to many people. His ideas were not embraced immediately.

However, a new form of Confucianism emerged in the 11th century that was influenced somewhat by Taoist and Buddhist teachings on the cultivation of the self, the mind and of the virtue of compassion. Social and political realities had changed as well, such that the newer form of Confucianism - called Neo-Confucianism- emphasized the cultivation of rulers and their ability to enhance the intrinsic goodness of people. Hence, Mencius' so-called "idealistic" interpretation of Confucian principles became prominent. His ideas were imported by philosophers of the time and infused into several classic books that became the basis of the civil service examinations in China for the next 600 years.

So, it took a while, but he had enormous influence on China through his articulation of Confucian thought.

Who is Confucius?
The Tao, or the Way
Yin & Yang
Jen & Li - Confucian Virtues
Xiao, or Filial Piety
I Ching & The Analects