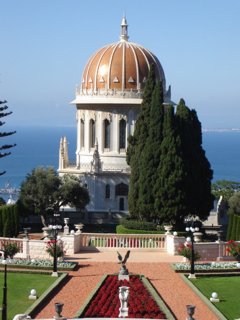 Bahaullah is the founder of the Bahai religion, especially as it evolved from and became distinct from the earlier Babi movement of mid-19th century Iran. Indeed, it there that the Bahai story begins, which sets the stage for the leadership of Bahaullah.

This gets somewhat long and complicated, so get comfortable and bear with me . . .

"Bab" means "gate" or "door" and is a major concept with Shi'ite Islam, a form of Islam that places high priority on the succession of imams (leaders) descending from Prophet Muhammad through Ali (Muhammad's cousin and son-in-law.)

Click to this page to learn more about Shi'ite Islam - then come back here to continue.

A dominant group within Shi'ite Islam - called the Twelvers - believes that the son of the 12th imam went into a sort of spiritual "hiding" in the mid-9th century and will return at some future date to usher in a new age. He was and is still commonly referred to as "the hidden imam." The Twelvers at that time claimed that the hidden imam appointed intermediaries between himself and Shi'ite believers. These intermediaries were called Babs or gates, and they led the community for a short time until the middle of the 10th century. Then, they disappeared or became "hidden" as well. No more babs emerged within this group after that, and the bab concept became less prominent among Twelvers.

However, in the 19th century, babism returned in a heterodox sect within Twelver Shia. The leader of this sect - Shayh Ahmad al-Ahsai - taught that there would not be a literal return of the Hidden Imam, but instead a kind of spiritual or metaphorical return in the form of a new leader, or bab. And that this new leader's appearance was imminent.

He died in 1844 and left no successor, but he instructed his disciples to go seek the leader he has predicted. A group of them came to Shiraz and found Sayyid Ali Muhammad, who claimed to be the Bab. They accepted his claims, became his disciples, and on his instructions spread out through Iran and Iraq to deliver his teachings.

Conflicts with dominant Muslim community began, mainly because the Muslims thought the Babis were claiming for Sayyid Ali Muhammad a status equal to Prophet Muhammad. Many of the conflicts were violent and the Babis were persecuted. 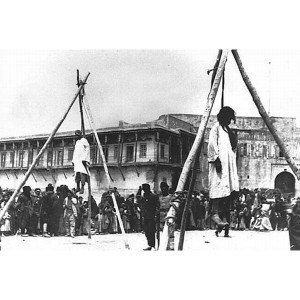 Persecutions of Bahai in Iran in the religion's early years

The Bab himself was tried and imprisoned by the government, and lived in prison until he died. Before he died, he wrote a book that made his ideas and claims more clear. Among his claims was the one he expressed during his trial - that he himself was the Hidden Imam. This explosive claim launched severe persecution for the Babis, including a 7-month standoff in which the Babis sealed themselves in a shrine as government troops blasted them with cannons. Despite a surrender and amnesty deal, most of the Babis were captured and executed. Within a few years, most remaining Babis were killed as well, so that by the 1850's only a small remnant of them remained, having fled to Baghdad which was under Ottoman rule at the time.

Two half-brothers each claimed the leadership of the Babi remnant community in Baghdad. One of those was Mirza Husayn Ali Nuri Bahaullah (Bahaullah for short) - and he eventually gained the respect of the Babi community. 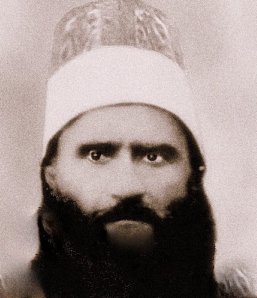 Bahaullah begain writing books in a plain style that people could understand. He entered into dialogue with mainline Muslims, and the spent time with Sufis (the mystical branch of Islam which mainline Islam and others historically are suspicious of and sometimes persecute). All these efforts from Bahaullah began to revive the movement.

As the movement grew again, the Iraqi government became suspicious again and asked the Ottomans to take steps. So, the Ottoman authorities took Bahaullah to Constantinople (modern day Istanbul) and then later to Adrainople (modern day Edirne) in Turkey. Once there, Bahuallah openly declared himself to be "He Whom God Shall Make Manifest" - the messianic figure predicted by the Bab years before.

Most of his followers accepted this and, thus, became "Bahai." A few (mostly those led by his half-brother Azal) refused this, and their opposition pushed the Ottomans to further exile Bahaullah to Akka, which was in Syria at the time. During that time he wrote extensively to many major leaders in the world explaining himself and his vision. He instructed his followers to go lives in other parts of the world to spread the faith. He wrote several books laying out the laws of his religion and the social principles of world peace.

This, of course, renewed persecutions against the Bahai in Iran and elsewhere. The followers made significant conversions to the Bahai religion from among Jews, Zoroastrians and later among Christians.

Bahaullah died in 1892 but not without naming a successor. His clearly designated successor was Abdul Baha (led from 1892-1921). Learn more about Abdul Baha and Shoghi Effendi by clicking the pages below.