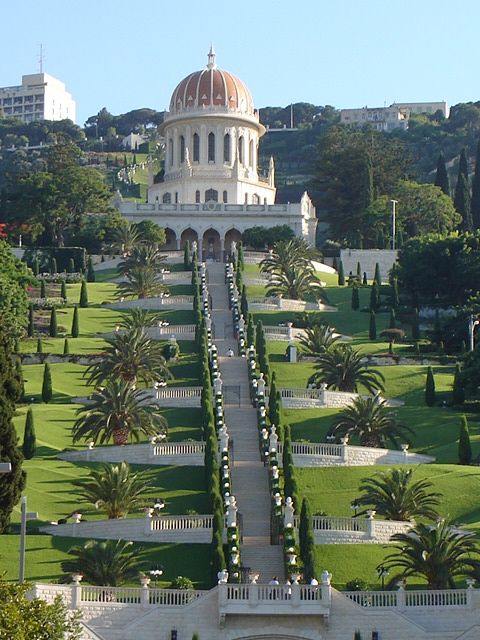 The Bahai World Center is located in Haifa, Israel as part of a large garden complex that extends down the side of Mount Carmel.

Bahaullah said that after he died, the area around Haifa and Akka (or Acre) would be the center of the faith, and that is what has happened. The Bahai garden complex area and a few other sites within close vicinity serve as the world headquarters for the religion both spiritually and administratively. 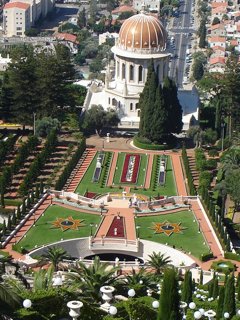 The burial sites of both Bahaullah, the Bab, and Abdul Baha are all in this area, either within the gardens themselves or across the bay at Bahji, outside of Akka/Acre.

Also located in the Bahai gardens are buildings that house the major administrative functions of the religion. These include:

- the Center for the Study of Texts


Together, these institutions guide the global Bahai religion, preserve and translate the sacred scriptures and original texts of the faith, publish the instructional and devotional materials for the community, and protect the sacredness of the burial sites of the religion's historical leaders. 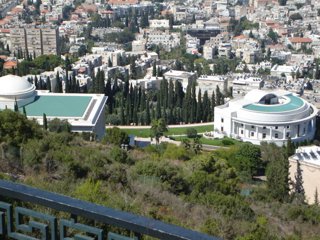 The Bahai gardens in Haifa are one of the top tourist destinations in Israel, and one of the most beautiful park-like sites in the world.