Abdul Baha and Shoghi Effendi were the two successive leaders of the Bahai religion after its founder Bahaullah. Both of them were very successful in spreading the faith throughout the world in the early and mid-20th century. 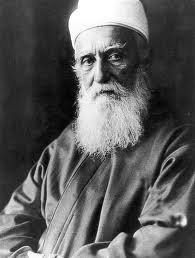 Abdul Baha was the immediate successor to Bahaullah, having been specifically named by the founder in two of his writings. He declared Abdul Baha the sole authorized interpreter of his writings and the center of authority for all Bahais.

Under Abdul Baha's leadership (which lasted from 1892-1921) the Bahai religion spread to North America, Europe and Australia. His efforts moved the religion into an international mode and took it out from being confined to a Muslim context. He traveled to the West, giving lectures at universities, churches, synagogues, mosques and other venues. He reformulated the Bahai teachings in a way more understandable to a Western, Christian audience. He wrote a book called Tablets of the Divine Plan, which became a master document for the spread of the faith. He also initiated what, in time, because some of the key institutions for the administration of the world Bahai faith.

Abdul Baha died in 1921; his will and testament were read in January 1922, naming Shoghi Effendi as his successor. He called Effendi the "Guardian of the Faith." 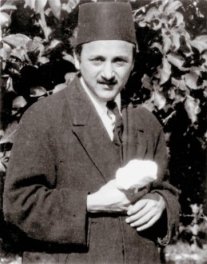 Shoghi Effendi's leadership (which lasted from 1922-1957) focused largely on the administrative institutions of the religion. He bought buildings in Haifa (now in the modern state of Israel) that were connected to Bahai history and began the construction of the gardens on the mountainside of Mount Carmel. He translated many Bahai texts into English and wrote many of his own texts in English. Key administrative initiatives of his include:

- sorting out the relationship between all the above bodies, groups, etc.


These are all the hard tasks of organizational management, without which most religious movements will die.

He also focused the latter part of his leadership on the expansion of the faith. He started with a 7-year place for the North American community to establish the faith in Latin American. Later he initiated a 10-year global plan.

Shoghi Effendi died in 1957 without naming a successor. His death became the transition point of a new form of leadership in the Bahai religion. Authority transferred to a group of people Effendi had named "Hands of the Cause" and he had appointed them as "the Chief Stewards of Bahaullah's embryonic World Commonwealth." As a committee, they took over his 10-year global mission which ended in 1963.

This group held a series of conclaves during which the Universal House of Justice was established. This institution, they claimed, was ordained by Bahaullah and stated to be under divine guidance by Abul Baha. The establishment of this institution moved the Bahai religion to a new phase of being led not by an appointed individual, but by an elected council.

The Universal House of Justice immediately took up Shoghi Effendi's plans and extended them, resulting in tremendous growth. This growth, in turn, led to significant demographic change in the worldwide Bahai community. The faith no longer was predominately Iranian in membership, but now included (and still does) people from many ethnicities, races, and nationalities.

The faith itself now reflects in its membership the message of universalism it preaches.