Who is Jesus Christ? 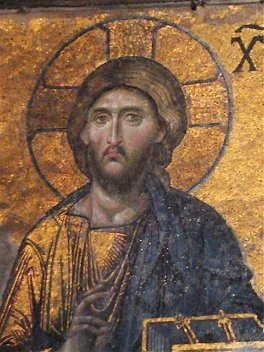 Jesus Christ is the central figure of Christianity in that the entire religion - it's history, ideas, rituals and practice - are oriented in some way around his life and teachings.

We don't know much about Jesus' life other than what is contained in the 4 gospels in the New Testament and in a handful of other gospel-type works that for various reasons didn't "make the cut" into the New Testament. The gospel narratives are not "snapshots" so to speak of Jesus' life - they don't capture every detail accurately and with neutrality. Instead, they are verbal portraits of Jesus that present him with nuance and in a way consistent with the desires, beliefs and commitments of the writers.

So, the standards and nature of accuracy are different in snapshots and portraits. For example, a snapshot might capture my face, hair and eyes completely accurately - blemishes and all - without regard for the intentions of the photographer. A portrait painter, however, may not paint accurately the color of my hair or the exact curve of my nose, but she may capture exactly the "spirit" of my personality, or a certain "look" in my eyes - as the painter sees and understands them. Therefore, the portrait might be more "accurate" in some ways than the snapshot. The gospels of the New Testament provide verbal portraits of Jesus, not snapshots.

Jesus was not a Christian - he was Jewish. He began his ministry as an itinerant rabbi, or teacher, when he was about 30 years old. He gathered disciples from among the fisherman around the Galilee lake region of what is now northern Israel. They left their families to travel with him from town to town for 3 years as he gave sermons, told stories and performed healings and other miracles. A consistent theme in his teaching has to do with the arrival and nature of the "kingdom" or "realm" of God. He gave most of his teachings in the form of short, memorable stories called parables. Parables are deceptively simple - they are easy to hear and understand at the story level, but contain a much more complex and sophisticated meaning at a deeper level.

After 3 years of ministry and after having gathered many hundreds, even thousands, of listeners and followers, Jesus was convicted and put to death by Roman authorities at the encouragement of local religious leaders who found him to be dangerous and heretical. According to traditional Christian belief, he resurrected from the dead after 3 days and ascended to heaven. Jesus, in this belief, is not merely Jesus; he is Jesus Christ - the messiah promised by God to save the world. 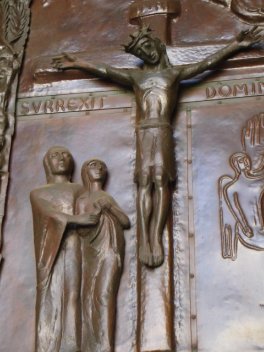 Central to the Christian religion is the belief that Jesus' death was and is redemptive. That is, his death saves humanity from sin. The Judaism of the time of Jesus was a temple religion centered on priests who performed animal blood sacrifices for the remission of people's sins. This sacrificial thinking was taken from Judaism and applied to Jesus' death in order to explain his seeming untimely death in theological terms.

Therefore, for traditional Christians, Jesus is the Christ - the messiah, the anointed one - whom God sent as his own son to die for humanity's sins so that they could be reconciled to God. Salvation has come to people through Jesus Christ's death and they receive this salvation into their lives when they believe in him.