The Three Modes or "Faces" of Hinduism 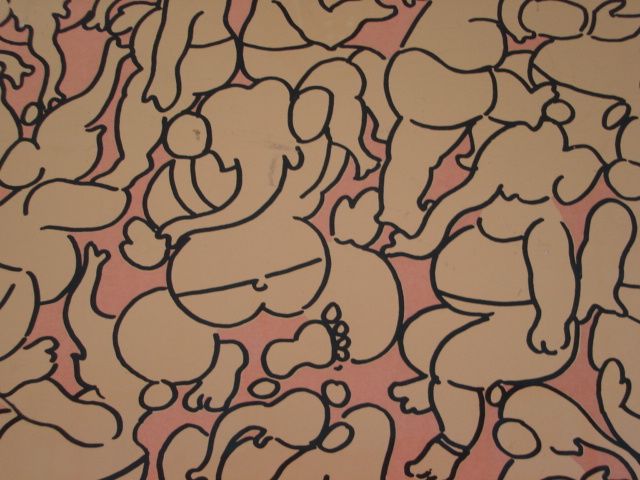 This is a very simplified way of grasping the long and complex history of Hinduism. Of course, this glosses over a great deal of nuance, but it's really helpful in understanding the "big picture" and explaining the incredible diversity of belief and practice we see in contemporary Hinduism.

Hindu belief and practice can be divided into three major stages of development, and each stage has its own form or mode of spirituality. The three stages are:

This is the earliest form of Hinduism and centers around the sacred texts called the Vedas, which existed in oral form for many centuries before finally being written in about 800 BCE. This form of spirituality is:

The Vedas contain hymns of praise to the many gods in this early form of Hinduism, as well as the rituals and offerings that must be performed to them by the priests in order to obtain their blessings. People needed the gods to insure the material blessings in their lives and families.

For example, a farmer's livestock might be sick and dying. Therefore, he would consult with a priest. The priest, knowing the Vedas well, would determine which ritual sacrifices needed to be performed to which gods in order to improve the health of the livestock. The farmer would pay the priests to obtain whatever sacrificial offerings and other supplies were needed for the rituals. The priest (or priests) would conduct the ritual according to the instructions in the Vedas, making sure to do everything properly. If all goes well, the livestock get well and the farmer's livelihood is sustained.

The different texts or "books" of the Vedas (i.e. the Rig Veda) focus on the many gods and goddesses of early Hinduism, as well as their likes, dislikes and areas of power. For example, Agni is the goddess of fire; Indra the god of thunder and war; Surya of the sun; and so on. The Vedas also contain specific instructions for how to perform the many rituals in service of the gods.

Early Vedic religion is a very "this world" religion - not so much focused on afterlife - that seeks the favor of the gods through sacrificial rituals in order to obtain blessings for one's livelihood and family.

The Upanishads are a major work of commentary on the Vedas. Like the Vedas, they existed in oral form for centuries before being written by about 500 BCE.

- monistic - focused on the divine oneness of all reality, not on the many gods
- introspective - inwardly focused, not outwardly on material goods or blessings
- yogic - emphasizes individual spiritual practice rather than on priestly authority
- mystical - stresses religious experience and consciousness over rituals
- renouncing - focus on rejecting worldly life in favor of inner development


In this mode, instead of relying on priests to perform rituals that garner the favor of the gods for worldly benefit and blessing, individuals renounce regular worldly life to focus on developing their inner spiritual capacities through introspection and yogic practice.

The "renouncers" in this form of Hinduism often practice austere forms of asceticism; that is, they don't eat or sleep very much, they have no belongings beyond the few clothes they wear, they spend much of their time doing yoga postures and breathing, or meditating and chanting. They may live alone out in the forest away from everyday life, and may meet with others only for short periods of time in order to expand or share their spiritual insights.

This is a completely different mode of spirituality than that in the Vedic stage - focused on different goals and different means to achieve those goals. Yet, both of them are fully Hindu.

This mode of Hinduism is centered around the Bhagavad Gita - or just the Gita - which is an important sacred text that is part of a much larger epic work called the Mahabharata. The Mahabharata is one of the longest epic poems in the world, and is larger than the Iliad and the Odyssey combined.

The Gita is a section of the larger poem that tells the story of Arjuna, a warrior, who is fighting in the civil war of the Bharata family. He must perform his caste duty as a warrior, but worries that he is bringing bad karma to himself by fighting against extended members of his own family.

Fortunately, his chariot driver turns out to be Lord Krishna in disguise, who helps Arjuna wrestle with this dilemma. Most of the Gita is comprised of Krishna's instructions to Arjuna about how he can do his duty with the proper intention and purity of heart so as to not bring about bad karma.

The mode of Hinduism that developed around the Gita is:


In some ways, this mode of Hinduism reacted against the one that went before it. Instead of being solitary individuals who live away from all worldly cares in order to focus on achieving mystical knowledge through meditation and yoga, those in the "Gita" mode of Hinduism live as regular caste members in society and focus on developing love and devotion to a god (usually Krishna but maybe another of the Hindu gods) and service to the community.

So, here we have a third way of being a Hindu that is very different from the first two ways or modes.


What's amazing is that all three of these modes are alive in some form today in contemporary Hindu practice. All the various people are present: priests and the people who seek them out for sacrificial rituals; ascetic renouncers who live at the margins of society who exhibit extraordinary inner spiritual power; and regular people who lives pious lives of prayer and devotion to god and service to the community.

All three of these modes may be present in one household even! Family members might go through their daily lives at school and work, performing basic rituals of devotion to a god (see puja), but they might also practice yoga or meditation. And, when a family member dies, they may call priests to conduct ancient Vedic funeral rituals in the home and at the cremation.

So, as you see, Hinduism is a very rich, complex tradition that encompasses many different modes of spirituality that have developed and influenced each other over periods of centuries. All these modes are central to the continued vibrancy of the religion as it navigates itself forward generation after generation.